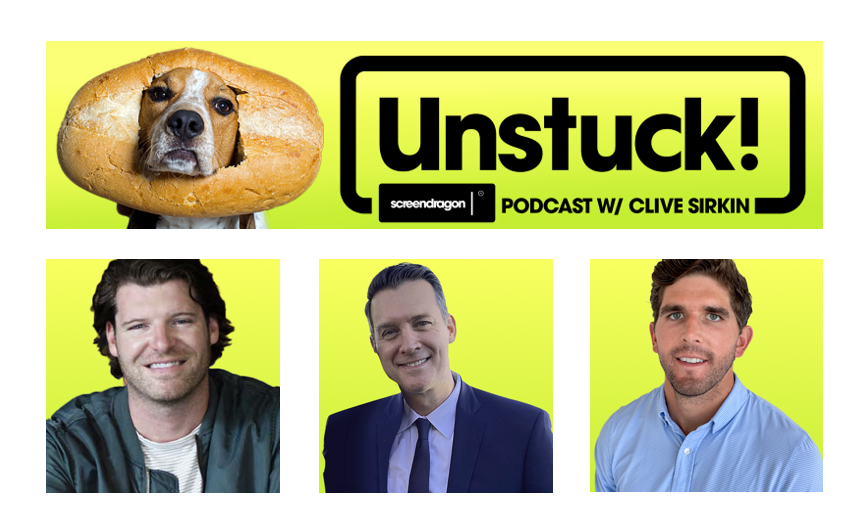 Summer is in full swing which means we’re often reaching  for a cold beverage these days. Fittingly, two of our Unstuck guests during July are finding different ways to quench our thirst! We spoke to two food and beverage disruptors that are providing different and innovative services in Chicago while experiencing huge growth. One of these is a gifted musician and the other is a former MLS player with Chicago Fire. These kinds of talented individuals are on the radar of our third guest on the podcast who is building a talent management software by utilizing AI. Here is a quick summary of another great month of discussion on the Unstuck podcast!

Dan Abel is a natural born creative. Having parked his professional music career, he’s now tuning up innovative and unconventional brands in the fermented malt beverage industry (aka beer!). Passionate about originality and imagination, Dan’s beer academy Pilot Project Brewing is an incubator for some of the quirkiest and coolest new drinks brands in Chicago. Breaking down barriers and supporting creativity is the essence of Pilot Project Brewing and Dan’s vision. In his own words “When you lower barriers of entry, you start organically sourcing ideas across an innovative and diverse spectrum.”. More than 450 brands have applied to participate, and Dan is proud of the diversity represented within the organization. More than a third of the enterprises in the incubator are female led and around half are minority owned brands.

Staying loyal to his musical past, Dan describes the workings of Pilot Project Brewing as ‘a bit like American Idol’. Applicants make a pitch and if it lands then they can take advantage of excellent brewing facilities, a scalable infrastructure, and clear routes to market. The first brand they helped launch was Luna Bay in 2018 and they’ve successfully brought thirteen more brands to market since! Dan’s ambition for Pilot Project Brewing going forward is that they create sustainability for these businesses rather than just being a top of funnel lead generator. Hear about Dan’s plans and how Pilot Project Brewing is rapidly outgrowing itself by listening to the full episode below!

Joel Wright is an exceptional MarTech entrepreneur that is now using AI to transform the ability to find talent. Before launching his talent management software Sinecure, Joel found huge success with #Hashoff – a social influencer software. He co-founded #Hashoff in 2014 believing there was a better way to advertise rather than bombard people with largely irrelevant messages. #Hashoff connected an eco-system of freelancers with hungry brands that were looking to create new and fresh content. Joel and his team were ahead of the game creating technologies for influencer marketing in 2014 and he thinks they may have even been ‘ a bit early’. #Hashoff found it difficult to raise venture capital as they were seen as an AdTech platform in a saturated market. But Joel insisted they were not just an AdTech vendor, they were the trailblazing CaaS providers – content as a service. #Hashoff took off and Joel led the company from inception to a successful exit!

In addition to being a pioneering CaaS technology, #Hashoff was also a hugely effective recruitment tool. Joel used his knowledge of recruiting and talent management to build his AI powered Sinecure platform. The software uses machine learning to build perfect profiles for candidates and create a perfect match between people and companies. Sinecure builds intelligence around successful workers across the globe to identify traits and skills that makeup a great employee. Usually, companies and recruiters rely on self-reporting data (e.g., LinkedIn) to evaluate applicants and prospects but Sinecure provides a greater understanding of the candidates that companies should be pursuing. Listen below to find out how this provides a smarter, faster, and more predictable recruitment outcome for clients!

Chris Ritter fulfilled a childhood dream when he signed for the Chicago Fire in the MLS. He didn’t have a clear pathway to follow in reaching the major league, so he had to work doubly hard to be noticed and stand out from the crowd. He chose to study at Northwestern which has a great soccer tradition and this decision put him on the radar of Chicago scouts. His performances quickly attracted attention as he picked up several individual and team accolades. This led to the Chicago Fire taking a chance on Chris in 2014 and the rest is history! Well, not really. There were some good times ahead but Chris career in the MLS was not exactly how he imagined it to be. The coaches didn’t seem to have the same faith in Chris’ ability as he did, and he found it difficult to make his mark at Chicago Fire. After just two seasons, Chris made the brave decision to put his professional soccer career on hold to pursue a new path in business.

Never afraid to take on a challenge, Chris was presented with an opportunity to co-found his own company with friends from Northwestern. They noticed that companies were investing more in employee experience, so they offered to provide popular snacks and drinks for companies in the Chicago area. They created a company called Crafty and began filling the fridges and canteens across offices in the city. In a short period of time, Chris had gone from manning a midfield to driving a delivery truck “I was seen by my family and friends as a professional soccer player and next thing you know I’m driving a truck on Lower Wacker Drive in Chicago!” Everything seemed to be rosy for Chris and Crafty until a horrible new ‘c’ word entered our vocabulary in 2020 and offices became empty overnight. The future of work and Crafty’s prospects became very unclear. Like any good sports professional, Chris and Crafty responded to the challenge and they reinvented themselves as a food technology platform. They’re now scalable, growing rapidly, and recently earned $10mn in Series A funding! Check out their story below to hear about one of the great pandemic pivots.