Unstuck in June: The Dark Side of Professional Sport, Hereditary Hustling, and Shelling It Out

The Unstuck podcast rolled in to its fifth month with three compelling characters telling tales of triumph and despair. They may be celebrated businesspeople now but none of our guests enjoyed a straight line to success. These entrepreneurs hurdled many challenges – some business related and others profoundly personal. From the Stanley Cup to oyster farming in the Hamptons, we covered our widest range of topics to date. Our host Clive Sirkin delved deep into the personal lives of our guests. Here’s a quick summary of another riveting month on the pod!

‘Healing Together’ with Daniel Carcillo

It’s not every day we get to chat to a major league player on the pod never mind a two-time Stanley Cup champion. Nicknamed ‘Car Bomb’ due to his combat role in the NHL, Daniel Carcillo had to fight brutal adversaries both on the rink and off it. He was just 15 when he moved away from home to pursue his goal of being a professional hockey player. Having left a small farming town in Ontario the life of an apprentice player hit hard as he spent half his teenage years on buses travelling to play against older, street-smart players. Daniel struggled in what he called a ‘cult-like’ environment and he suffered severe physical and emotional abuse. This experience set the tone for a difficult adulthood. Daniel’s dream life in the NHL was often more akin to a nightmare.

Battling depression and a concussion related brain injury, Daniel turned to alcohol and substances to dim the pain. His mental health deteriorated when he retired from hockey. Thankfully, Daniel searched for treatment which led him to the path he is on today. A friend recommended natural medicine in the form of psilocybin which had an immediate and forceful impact on Daniel’s mental state. For the first time in years, Daniel felt ‘normal’ and the depression began to cease. He is now on a mission to tell people about natural medicine through his company Wesana Health. Hear more about this incredible story of hockey, hopelessness and healing below.

Chad Bronstein was a ‘nag’ as a kid and that’s why his father knew he’d do well in life. Ultra-entrepreneurial in his youth, Chad was always open to opportunities for extra pocket money. He earned his first pay checks washing cars and repairing Nintendos. He owes his strong work ethic to his parents who he said were ‘hustlers’ but with ‘values’.

While Chad was always destined to be an entrepreneur, he carved out an incredible impressive career in the corporate world as a champion salesman. In his first professional job he regularly trounced targets and became the #1 salesperson in the company. During his time at this firm a mentor advised him to pursue a sales role in AdTech where his skills would flourish even further. A job in CitySearch followed and Chad quickly became the #1 sales guy again peaking at 700% of target. This opened the opportunity to join Bankrate where Chad excelled again but had to work even harder to become the #1 performer. Gaining invaluable expertise and connections, Chad’s experience in the sales world also thought him to be resilient and how to respond to rejection. These are qualities which still benefit him today.

Chad eventually followed his entrepreneurial north star and created his own company – Fyllo. In his own words he is ‘meant to be doing what I’m doing now’. His values for leadership revolve around treating everyone with respect and getting buy in from every employee. Listen below to hear more about Chad’s experience and how he’s faring as CEO!

‘The Hatchery’ with Jeff Ragovin

Host with 1 Billion + in Exits / Chief Commercial Officer at Fyllo

Whether you meet him in the boardroom or on a boat, Jeff Ragovin is ready for the next big catch. Fanatical about fishing and the ocean, Jeff’s latest project is an environmentally friendly hatchery that produces 20 million clams and oysters per year.

This isn’t the first time that Jeff’s passion for food and his work have acquiesced. In 2017, Jeff set up Digital Fork – an invite only and exclusive dining experience. It brings together senior level marketers and execs from the world’s top brands to eat, network, and share ideas in confidence. The scheme proved incredibly popular and there have been 55 dinners since its inception with more than 800 guests.

A decade prior to Digital Fork, Jeff laid the foundations for an incredible exit story when he co-founded Buddy Media. The concept was simple – Jeff and his team wanted to help brands create unique and engaging Facebook experiences. Through messaging and content tools, brands were able to take advantage of this new craze. Facebook took off and so did Buddy Media which earned $100m in funding over five years. This culminated in an acquisition by Salesforce for $800mn in 2012. Jeff opted to stay with Salesforce to continue the Buddy Media story before eventually departing the company in 2016. If you want to hear more about this incredible story of AdTech success, then tune in to the full episode below!

Building the Foundations for a Smart Workplace With Workflow Software
May 7, 2019 5 min read 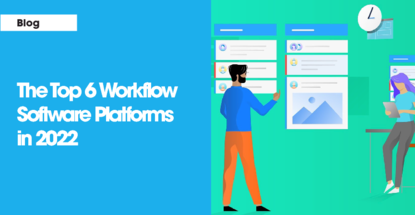